In Spite of Us 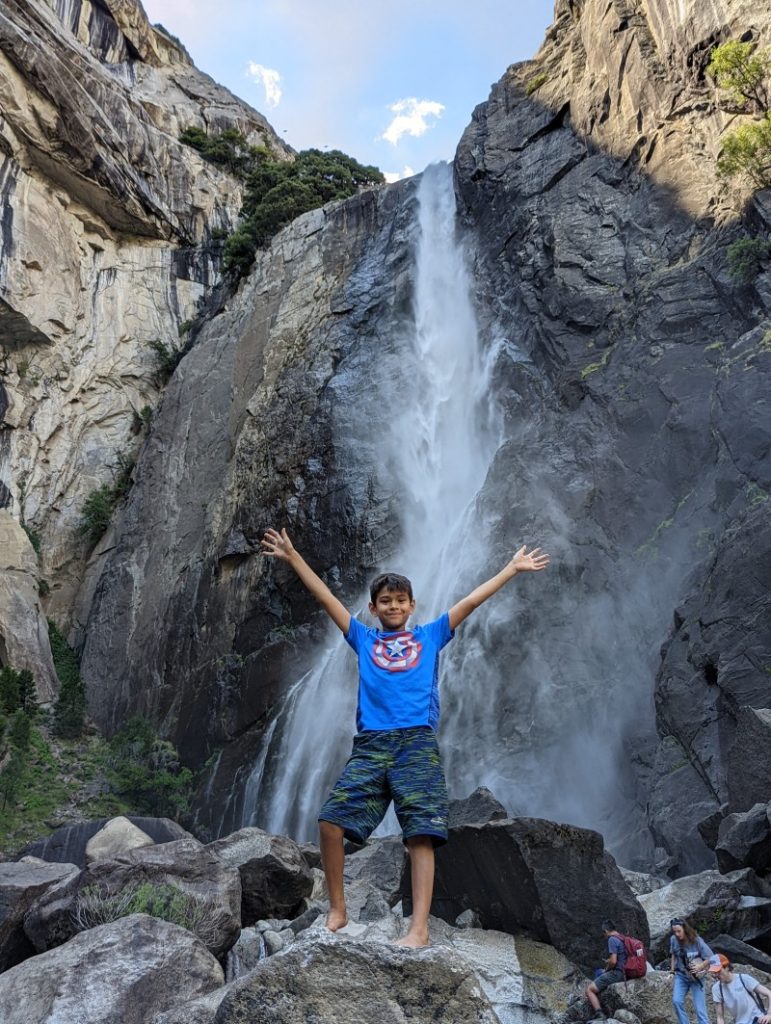 Kids grow up in spite of us–unknown

Within two hours of departure, it’s obvious — we have a different set of kids than last summer’s trek to Colorado. We’re having fewer if any unannounced bathroom stops, our total elapsed stop time (TEST) is half of what it was a year ago. At a restroom gas station with a single stall, I walk out to find them, not running around the store like hoodlums, but standing in a line of military precision, inviting a woman waiting behind them to go before the long line of Brackmans.

The Highlander is uncannily quiet as they entertain themselves, and I’m not receiving requests for food ever 30 seconds; they’ve packed their own. Whereas last year we went through gobs of disposable dishes, this year we have kids who care so much about sustainability they chose to wash dishes every day to make that happen. Ten days on the road and I never washed dishes. They did (well, Joe did too).

And ah, the youngest. As he and I rested at the peak of Mist Trail, peering over the pounding of Vernal Falls, I recalled how three summers ago we took the ski lift to the highest point in Arizona. Instead of thrilling and awe-inspiring, every moment was spent try to prevent him from falling off the edge as his common sense was non-existent. Now at Lower Yosemite Falls he bounds from boulder to boulder, with the combination of confidence, exhilaration and wisdom that would make any parents’ heart swell.

The girls have jobs, paychecks and skill that comes in handy. The day the rest of us trecked to Vernal Falls the oldest stayed back, voice coming over cackling radio several hours later to see if we want dinner. When we straggled back to camp she had steamy savory Hobo packs made out of the oddest arrangement of food—summer sausage, potatoes, corn, beans, roasted over her very own fire.

One day as we floated down the Merced River, Mikayla the lifeguard daughter looks at the falls ahead, and says OK, this is our stopping point, it’s not safe past here. I’m no longer the Mom at the helm, providing and protecting all. I’m the back seat, coaching, cheering, counseling, consoling. We’ve spent so many years putting forth great effort into making memories though travel and phew what a relief to actually be able to relax just a bit on a trip. 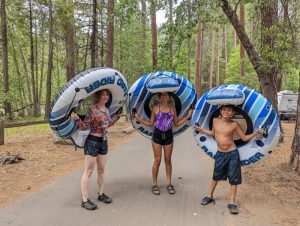 I share this now, because these kids are amazing, and because I have a 5-6 part upcoming series, Jenny’s Journals from Yosemite, which is about the gritty struggle, the challenges that make the memories.During the trip I was reading Calhoun and Tedeshi’s Post-Traumatic Growth in Clinical Practice, and I found it surprising and encouraging to read:

People who are at the highest level of resilience, who are very successful at coping with major stressors, and who are able to quickly muster significant resources and defenses and resources to reduce distress may be less likely to experience spiritual or existential posttraumatic growth. 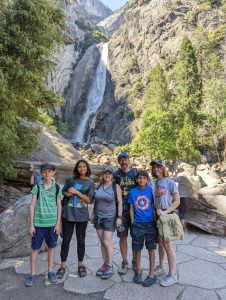 Said in less clinical terms, don’t judge your resilience by how much you struggle, because it’s the struggle that creates the resilience. 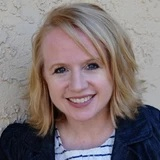